Chlorella pyrenoidosa is an extraordinary natural source of vitamins.

Vitamin A in the form of Beta-carotene: 180mg
This powerful antioxidant agent works in synergy with vitamin E and C, also contained in Chlorella. Epidemiological studies have shown that those who consume a lot of beta-carotene are less likely to develop lung, stomach or prostate cancer.

Vitamin B1 (thyamin) – B2 (riboflavin) – B3 (niacin) – B6 and Vitamin B12
Highly sought-after by vegetarians, as it is often lacking in their diet, vitamin B12 is directly involved in energy, appetite and intestinal flora.

Chlorella pyrenoidosa contains 60-65% of vegetable proteins. This gives it the most protein-rich plant nutrient status. A real record among plants!
By way of comparison, products known for their high protein content, such as soya or veal, only reach 35% and 32% respectively (13% for eggs and 3% for milk).

Moreover, the bioavailability rate of proteins in chlorella pyrenoidosa is also very high, since they are absorbed at 80%, which makes them the food that brings the most protein to humans. By comparison, beef and poultry are digested at only 65%.

C.G.F. (or chlorella pyrenoidosa growth factor) is a chlorella extract obtained by scalding the plant.

Composed of amino acids, peptides, proteins, vitamins, nucleotides, natural sugars and nucleic acids, it represents about 5% of the algae content.

C.G.F. has a positive effect on the whole body: it acts directly on tissue cells, accelerating their growth and regeneration by stimulating DNA and RNA functions in the production of proteins, enzymes and energy.

C. G. F. stimulates the cells responsible for the immune response, which protect the body against infections and the appearance of cancerous cells.

Thanks to this high chlorophyll content, the production of oxygen and the absorption of carbon dioxide, induced by photosynthesis, are ten times higher than in other plants.

Chlorophyll plays an important role in the proper functioning of our body. Scientific studies confirm that it is the most powerful cleaning agent in nature.

Chlorophyll acts preventively. Its contribution to the intestine produces an adverse environment for the growth of undesirable bacteria; it does not destroy them but prevents them from growing.

Chlorophyll reduces bad breath. This explains why there are a lot of chlorophyll candy and chewing gum.

Chlorophyll helps control calcium in the blood, facilitates digestion of heavy proteins, increases iron absorption, cleanses and manufactures blood, is effective against diseases such as anaemia, arteriosclerosis, hypertension and many other ailments.

Chlorophyll provides a favourable environment for tissue reconstruction and is successfully used for the treatment of bleeding and gum infections, burns and inflammation of the skin, particularly in the treatment of certain cancers by radiation.

Chlorella pyrenoidosa is the richest plant in nucleic acids that can be easily broken down and assimilated. It provides all body cells with all the essential amino acids that allow us to rebuild our genetic heritage, thus prolonging the good functioning of our cells, and therefore that of our organs.

RNA and DNA of chlorella pyrenoidosa are formed by very short amino acid chains. The body needs little energy to break them down; this is an important gain and one of the reasons why it promotes well-being.

RNA is recognised as an anti-ageing agent.

However, being a freshwater algae, it does not contain iodine.

It targets all bacteria harmful to the organism; it promotes and protects the growth of good bacteria in the intestinal flora. It strengthens the immune system.

Thanks to the polymers of its cell membrane, including sporopollenin, chlorella pyrenoidosa binds harmful substances irreversibly, allowing them to be evacuated through the stool. This applies not only to metals but also to pesticides, insecticides and other toxic substances. 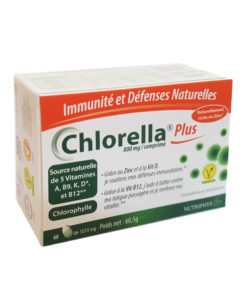 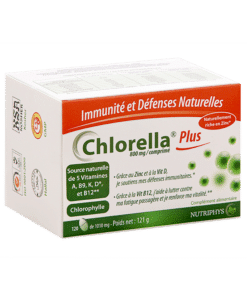 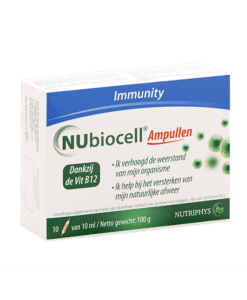 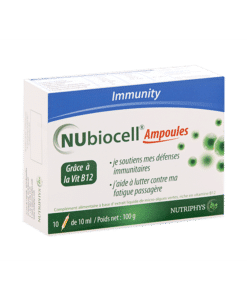 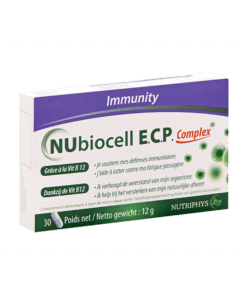 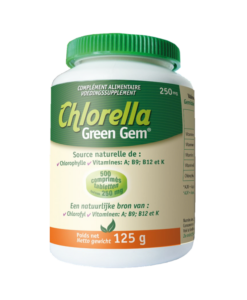